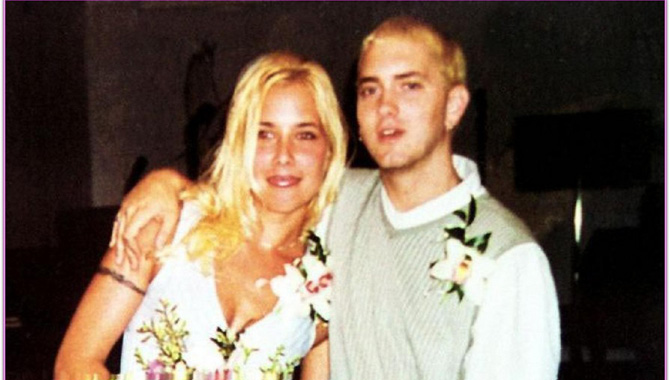 Eminem with his wife Kim
Credit:WENN

EMINEM’S DIVORCE FINALISED FOR SECOND TIME
LATEST: Rapper EMINEM and KIMBERLY MATHERS were divorced once for the second
time after reaching a settlement during a hearing at Macomb County Circuit
Court in Michigan yesterday (19DEC06).
The former couple agreed to share custody of their daughter, HAILIE JADE, who
turns 11 years old on Christmas Day (25DEC06).
According to the Detroit Free Press, it was not clear whether Kim was granted
the financial support and attorney fees she’d been seeking from the STAN star.
According to Chief Judge ANTONIO P VIVIANO, the couple «conducted themselves
with dignity and respect».
Eminem, real name MARSHALL MATHERS, 34, and Kim, 31, were married on 14
January (06) for the second time.
Less than three months later, he filed for divorce. Their first marriage
lasted from 1999 until 2001.
The couple also adopted Kim’s niece, ALAINA, 12. Kim also has a daughter,
WHITNEY, from a previous relationship. (SS/WNWCPL/SC)