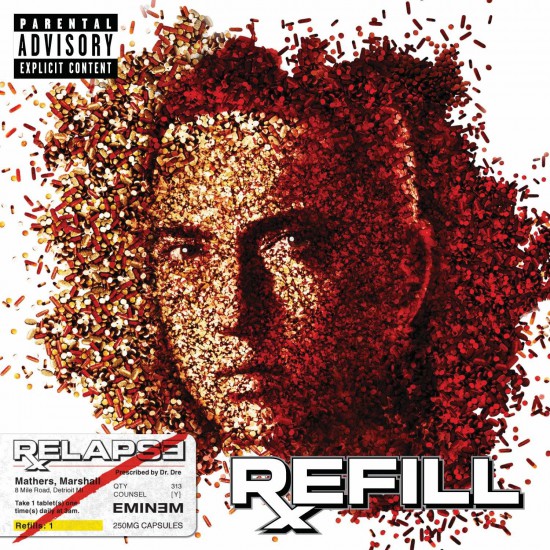 Verse 1:
Oh my god, fucking bombaclot,
I’m hard as Kenard, The little boy that shot Omar in The Wire
Tie a whore up with barbed wire in nothing but a Bra
Boy, I’m the real deal, charbroil on the bonfire
And bon voyage, bitch, I’m like Chef Boyardee
In this bitch, send the bomb to my mom’s lawyer
I’m a problem for you, boy, you think your Tom Sawyer
Til I pull you out the fucking storybook and stomp on ya
Fucking fictional characters and fairytales
Prepare yourself for Captain America on ferris wheels
But it ain’t fiction, it’s fact, boy, beware it’s real
On lyrics, you will equal zilch to a hero shield
Mr. fly by the seat of his parent’s carousel
Fall, hit the trampoline, bounch and grab a pair of stilts
And I ain’t wearing zilch, zip, zero, no nothing nada
Like your father fucking your mother

Verse 2:
Boy, I’m the real McCoy, you little boys can’t even fill voids
Party’s over, kids, kill the noise, here comes the Killjoys
Me and Dre the steel alloys, the rap crown royales
The scalp cowboys, now how that sound for ya?
Yeah, boy, you know we bout to put it down for ya
So, kick your shoes off and ?? have a sound voyage
Sayonara, see you fuckers tomorrow
Get some marinara, marinate in some maranara
And have a coke and smile, don’t make me open a jar
Whip ass on ya, that’s the last straw you hoping to draw
Yeah, you fresher than most, boy, I’m just doper than all
Boy, I’m that boy, boy, them boys them no up to par
I just show up, go up to the stage and blow up the spot
There ain’t no boy who can do what I do, boy, I’m a star
Boy I told you, boy, I’m a soldier, boy, I’m DeShaun
Holton in this bitch, I’m the proof, boy, your a fraud
I’ll destroy ya, boy, fuck around and blow you to sod a couple bars down
Oh my god, boy, you didn’t go, no, you did not
I got a whole storyboard for you, boy, your the plot
You getting got whether you try to avoid it or not
Apology not accepted, boy, Detroit is a rock
We get to beefing, ain’t no telling at what point it’ll stop
All I gotta do is point to the spot
When the bomb drops, boy does it drop
And when it does, boy, it’s a problem

Verse 3:
Boy, don’t jinx yourself, boy, I’m Michael Spinx with the belt
Stringer Bell, boy, my name rings bells for itself
I’m sick as hell, boy, you better run and tell someone else
Bringing hell, boy, singing telegrams or get dealt
And to that boy I upsetted that said he was better
I bet that he’s never seen Freddy in that black and red little sweater
Back better than ever, the cheddar shredder, the grater
The beef grinder, I’ll settle vendettas a little later
Giving haters incubators, think you made a mistake
By saying Shady was ghost, I ain’t even closing the gate
You got one foot in the grave, just stay put and behave
I’m bout to turn this fucking place to Beirut in a day
So, hey, wouldn’t you say I’m the shit? Couldn’t agree
With ya more if you were to say my fucking shit doesn’t stank
Shady fucking aftermath, boy, the ship doesn’t sink
It just floats in the fucking water til we fill up the tank