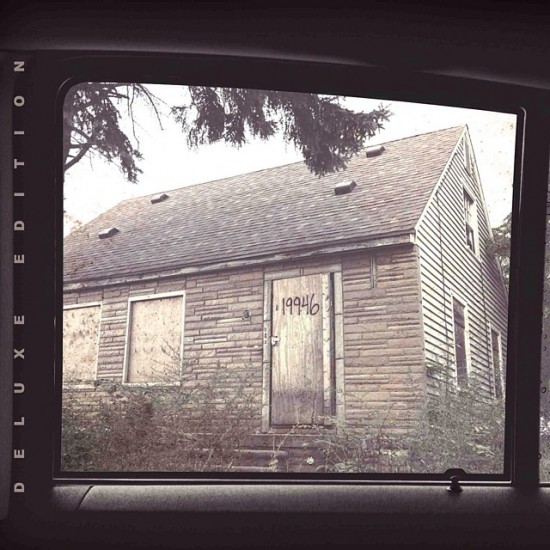 [Intro: Eminem]
I can feel the heat rising
Everything is on fire
Today’s a painful reminder of why
We can only get brighter
The further you put it behind ya
And right now I’m on the inside
Lookin out, cause

[Verse 1]
Yesterday was the tornado warning, today is like the morning after
Your world is torn in half, you wake and let’s wait
To start the morning process, rebuilding and you’re still a work in progress
Today is a whole new chapter, it’s like an enormous asthma
The thunderstorm has passed ya, your weathered it and poked its eye out
With the thorn bush that you used to smell the roses
Stopped to inhale can’t even tell your nose is stuffed
So focused on the brightside, then you floor the gas pedal
And hit the corner fast, the more asserted, never looking back
May hit the curb, but everyday is a new learning curve, as you
Steer through life, sometimes you might not wanna swerve
But you have to, to avert a disaster, lucky, no permanent damage
Cause they hurt you so bad, it’s like they murdered your ass
And threw dirt on your casket, but you’ve returned from the ashes
And that hurt that you have, you just converted to gasoline
And while you’re burning the past, standing at inferno and chant

[Verse 2]
So familiarize what having to swallow this pill is like
It happens all the time, they take your heart and steal your life
And it’s as though you feel you’ve died because you’ve been killed inside
But yet you’re still alive which means you must survive
Although today you may weep because you’re weak and
Everything seems so bleek and hopeless
The light that you’re seeking, it begins to seep in
That’s the only thing keeping you from leaping off the motherfreaking deep end
And I’m pulling for you to push through this feeling
And with a little time that should do the healing
And by tomorrow you may even feel so good that you’re willing
To forgive them even after all that shit you been put through
This feeling of resilience is building and the flames are burning
Quick as fire would through this building, you’re sealed in
But you’re fireproof and flame retardant you withstood it
And as you climb up to the roof you’re just chillin and you look down
Cause you’re so over them you could put the heel of your foot through the ceiling

As time passes, things change everyday
But wounds? Wounds heal, but scars still remaining the same
But tomorrow today’s going down in flames
Throw the match, set the past a blaze
So feel the fire beneath your feet
As you barely even perspire from the heat
Exhale deep and breathe a sigh of relief
And as you say goodbye to the grief
It’s like watching the walls melt in your prison cell
But you’ve extinguished this living hell
Still a little piece of you dies, you scream

[Sia:]
Feel the burn, watch the smoke as I turn
Rising, a phoenix from the flames
Flame of love, we’re going to fight the word, fight
Now it feels with these wings that I will fly