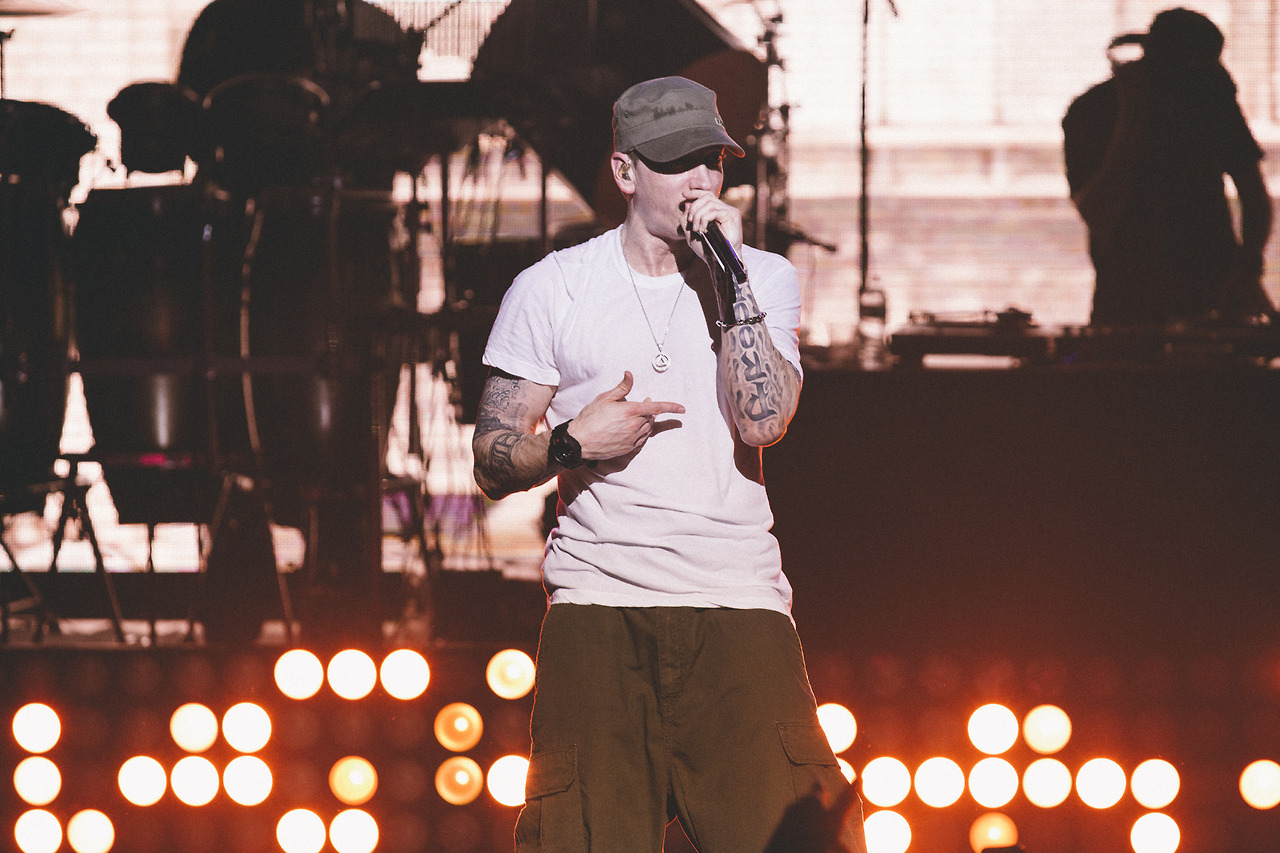 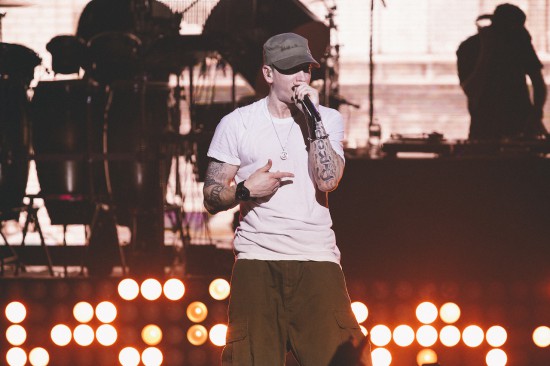 Use intercourse to settle scores with women who have been vendettas towards men
Dickhead is forced in to the shredded foreskin
Reddish torn and they’re only bein’ fed a portion
Bed sores in [?]
Pregnant whores can get abortions
Fetish for stickin’ metal forks in
Self absorption
Skeletor, I went to Hell and fell a floor
A predator, I’m headed for competitors
Better warn ’em, what I lack in tact and a set of morals
I make up for in metaphors like a cosmetic store
Stegosaurus
Chuck Norris with a thesaurus
Yes of course, I mess up once
You want some? Come and get some, boys
I’m givin’ Daniel Pantaleo a refresher course
On excessive force and pressure points
And dressin’ George Zimmerman in a fluorescent orange
Dress and four inch heels to address the court
With a bullseye on his back
His whole chest and torso
Are left on the doorsteps of Trayvon’s dad as a present for him

In my present form I’m Desert Storm
Appetite for destruction is no suppressant for
Aggressive, forceful, and less remorseful in every morsel
Unpleasant, horrible, hello gorgeous
The rebel with devil horns just fell off the yellow short bus
Metacontortionist, so when you wanna get sexual?
She said, «However I fit in your schedule, I’m flexible»
Expired tags on the Saturn
Got Kathryn Beck in the back in Daisy Dukes with the hazards on
At a traffic stop gettin’ harassed, sign an autograph
For this asshole cop’s daughter, laugh ’cause I called her a brat on it
He spat on it and brought it back lookin’ half in shock
Had a heart attack and dropped dead
Started fallin’ back with it and got slapped with a Colin Kaepernick practice sock

One ball and half a dick, Apple watch
Crack for an axle, walked in a Bass Pro Shop with David Hasselhoff
Pulled Tabasco sauce out of my satchel
Knocked over a fisherman’s tackle box and crashes
Asked if they had a laugh in stock
That was fuckin’ stupid…

You got it twisted
All ’cause I offered this bitch a doggie biscuit you call me misogynistic
Bitch get to massagin’ this dick
Like spas in this bitch
Slob on it with gobs of lipstick
Got a shoppin’ list for you to run some odds and ends with
It’s not a bitch on this earth I can be monogamous with
She’s non-existent
Robin Thicke with a throbbin’ dick on some swab and slick shit
But I shout derogatives at bitches like fuckin’ missile launches
Misfit, blond and nitwit like I’ve gone ballistic
With a frostin’ tip kit
Screamed, «I hate blondes,» and became one
I’m optimistic
Love to start shit
Shovin’ Clark Kent’s undergarments in the glove compartment
Of the bucket, bumpin’ Bubba Sparxxx
I’m double parkin’ up at Targets
Trouble ’cause a double cross
The shadiest mothafucka you’ll ever come across
Olympic gymnast, been known for some assaults

My squabbles, I’m grappling with your time traveling with me
Try and follow, as I wobble, relapse into history, with a flask of the whiskey
Tip it back then I’m twisting wine bottles
Like what happened to Chris Reeves spine column
That’s the plan of attack when I’m fixing my problems
Wish my chest wasn’t having to get these rhymes off’em
But the fact that I have so many rappers against me mind boggles
And why I had to come back on these faggots who diss me
More of a spectacular mystery than a fucking Agatha Christie crime novel
But my patient is wearing thin
Swear I been contemplating rubbing shit in your face till I smear it in
Diss you in every lyric until you fear the pen
And never appear again
If you actually had fucking careers to end
But then I think of Molly Qerim and I steer’em in that direction and forget my ideas for them
Molly I’m gone off you
Man light some kush
You’re my first take, I’ll nail you
Can’t lie, I gush
If I won you over, you would be the grand prize
I’m entranced by your looks, come and give the Shady franchise a push
You can get it in a can like some Anheuser Busch
Jeans too small, least three pant sizes tush
Mushed against your damn side, you puss
And tights are squooshed
What kind of attires that?
I’m ready to be rode
Psychopath, bet you we’ll get it popping like a flat
Like the match to ignite the wrath
Got knives to slash and slice hermaphrodites in half
Piper Chapmans might just have to picket me
Like a scab
Hard to describe in fact
Startling violent perhaps
Are things that come to mind as soon as I start spitting rhymes like that
And you aren’t really surprised at that
But as far as these lines I rap
And these bars, wouldn’t dial it back if I star 69’ed the track

Why am I such a dick?